David Attenborough: A Life on Our Planet Plus Q&A Live (12ALive) 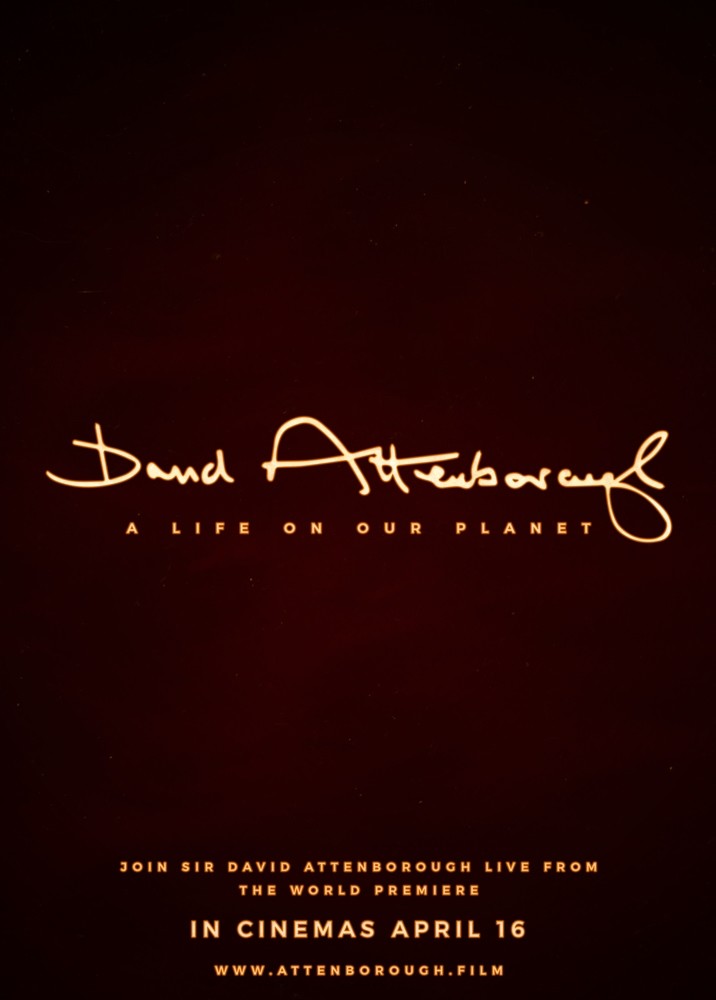 One man has seen more of the natural world than any other. This unique feature documentary is his witness statement.

In his 93 years, David Attenborough has visited every continent on the globe, exploring the wild places of our planet and documenting the living world in all its variety and wonder. Now, for the first time he reflects upon both the defining moments of his lifetime as a naturalist and the devastating changes he has seen.

Honest, revealing and urgent, DAVID ATTENBOROUGH: A LIFE ON OUR PLANET is a powerful first-hand account of humanity’s impact on nature and a message of hope for future generations.

The film will be followed by a Q&A with David Attenborough live from the World Premiere at the iconic Royal Albert Hall. 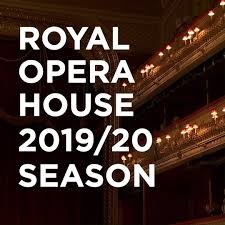 Pietro Mascagni’s Cavalleria rusticana (Rustic Chivalry) and Ruggero Leoncavallo’s Pagliacci (The Players) are today Italian opera’s most famous double act, but they were written independently. Cavalleria rusticana came first, its hugely successful premiere in 1890 doubtless an influence on Leoncavallo. His Pagliacci in 1892 was another triumph. The two works, each undeniable masterpieces of the verismo tradition of realism, share dramatic concision, melodic richness and an obsession with violent jealousy. 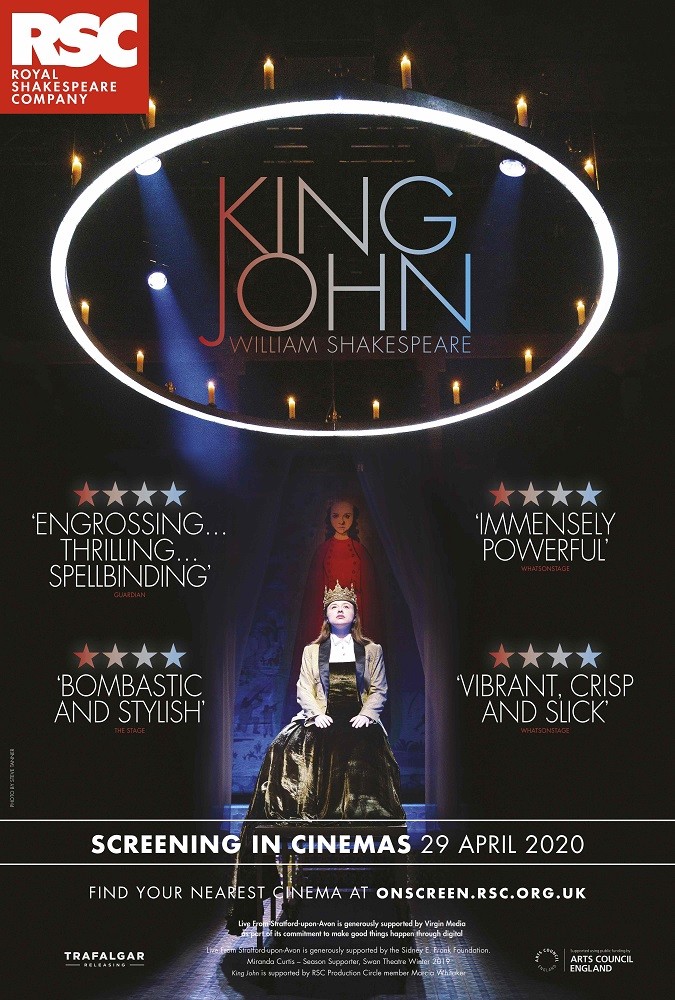 A MAD WORLD OF MAD KINGS, TEETERING ON THE BRINK OF DISASTERRichard the Lionheart is dead. His brother John is King of England. Threatened from all sides by Europe, the English noblemen and even his own family, King John will stop at nothing to keep holdof his crown.Shakespeare’s rarely performed tale of a nation in turmoil vibrates with modern resonance in this vivid new production by Director Eleanor Rhode in her debut at the RSC. 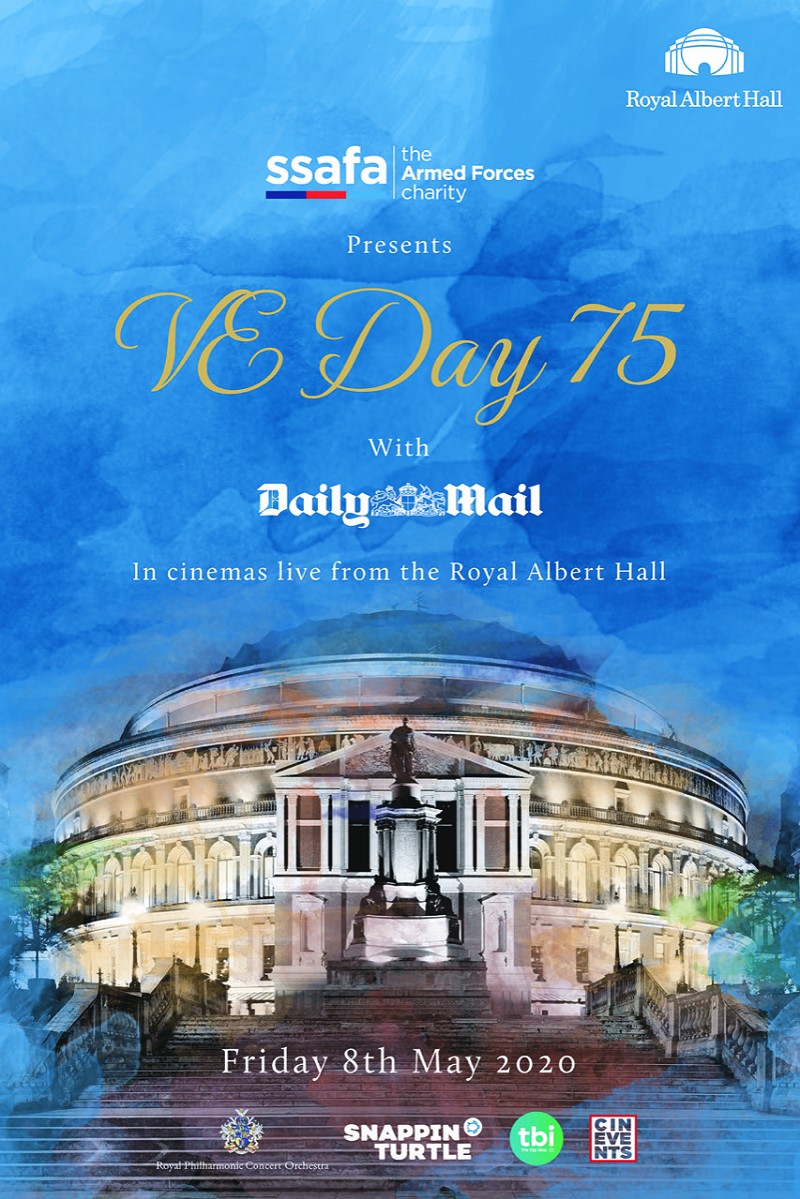 Live from the Royal Albert Hall

Exactly 75 years since Prime Minister Winston Churchill’s announcement of the end of the Second World War, the Royal Philharmonic Concert Orchestra plus special guests will unite the nation for an inspiring and patriotic evening.

VE Day 75 With The Daily Mail, presented by SSAFA, the UK’s oldest national tri-service military charity, takes place on Friday 8 May. On this special May Bank Holiday, the county will come together for an unforgettable night of commemoration and celebration, broadcast to cinemas nationwide live from a sold-out Royal Albert Hall.

Audiences will enjoy stirring and emotional music from some of Britain’s greatest composers - from Elgar’s Nimrod to Walton’s Spitfire Prelude & Fugue, Holst’s Planet Suite to Ron Goodwin’s Battle Of Britain Theme and many more. There will also be on stage appearances by Second World War Veterans.

This event is in support of SSAFA. The Armed Forces charity offers support to those currently serving, regulars and Reservists, in the Royal Navy, Royal Marines, British Army and Royal Air Force, Veterans and military families, as well as Veterans from the Merchant Navy. 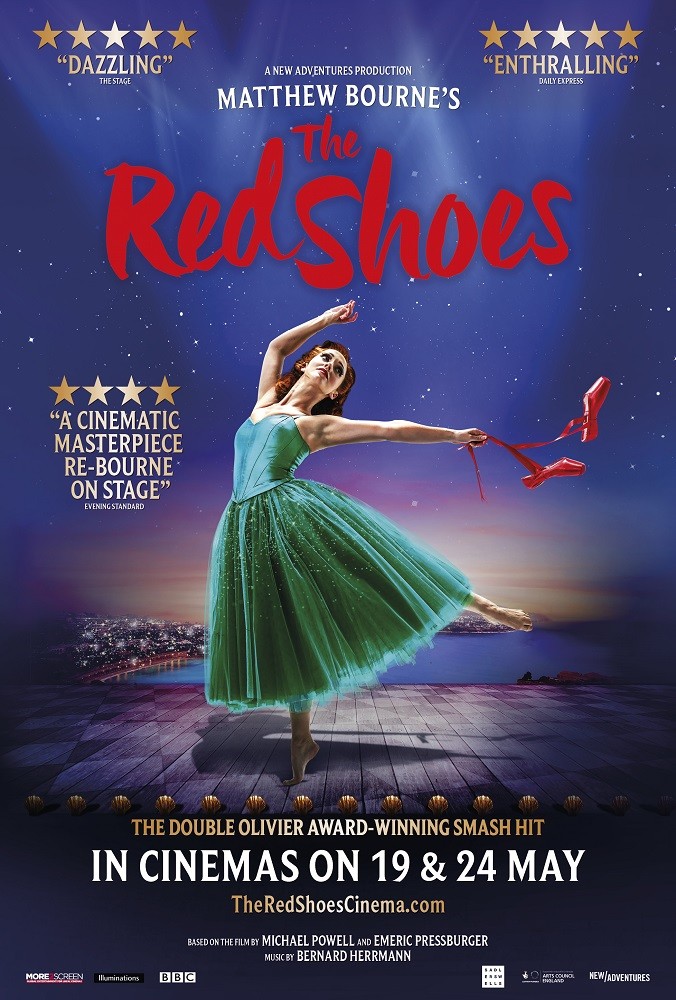 Matthew Bourne’s ‘gorgeous take on the film classic’ (★★★★ The Times) comes to cinemas for the first time. Winner of two Olivier Awards, The Red Shoes is an ‘utterly enthralling’ (★★★★★ Daily Express) tale of obsession, possession and one girl's dream to be the greatest dancer in the world.

Victoria Page lives to dance but her ambitions become a battleground between the two men who inspire her passion. Matthew Bourne’s magical adaptation of the classic Powell and Pressburger film is set to the achingly romantic music of golden-age Hollywood composer Bernard Herrmann, the production is orchestrated by Terry Davies, with stunning designs by Lez Brotherston, lighting by Paule Constable, sound by Paul Groothuis and projection design by Duncan McLean.

as Victoria Page, Adam Cooper as Boris Lermontov and Dominic North as Julian Craster. This ‘cinematic masterpiece re-Bourne on stage’ (★★★★ Evening Standard) will dazzle your senses and break your heart. 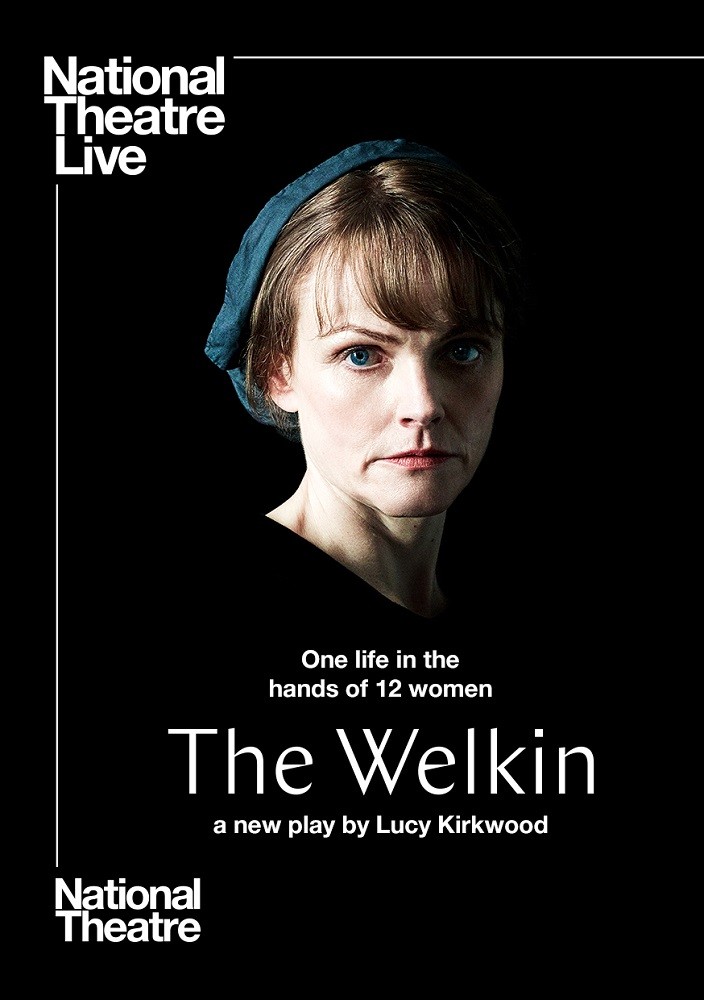 One life in the hands of 12 women.

Rural Suffolk in England, 1759. As the country waits for Halley’s comet, a young woman is sentenced to hang for a heinous murder.

When she claims to be pregnant, a jury of 12 matrons are taken from their housework to decide whether she’s telling the truth, or simply trying to escape the noose. With only midwife Lizzy Luke prepared to defend the girl, and a mob baying for blood outside, the matrons wrestle with their new authority, and the devil in their midst.

Dante’s Divine Comedy is an epic journey through the afterlife: it encompasses the horrifying drama of Inferno and its damned, the lyrical mysticism of pilgrims on mount Purgatorio and the dazzling spheres of Paradiso with their endless configurations of light. The poem was inspired by the agony of Dante’s own exile, and traces his path from crisis to revelation guided by his literary hero Virgil and his lost love Beatrice. In his new work, The Royal Ballet’s trailblazing Resident Choreographer Wayne McGregor creates a world premiere in collaboration with an award-winning team – contemporary conductor-composer Thomas Adès, artist Tacita Dean, lighting designer Lucy Carter and dramaturg Uzma Hameed – to bring us closer to Dante and his extraordinary vision. 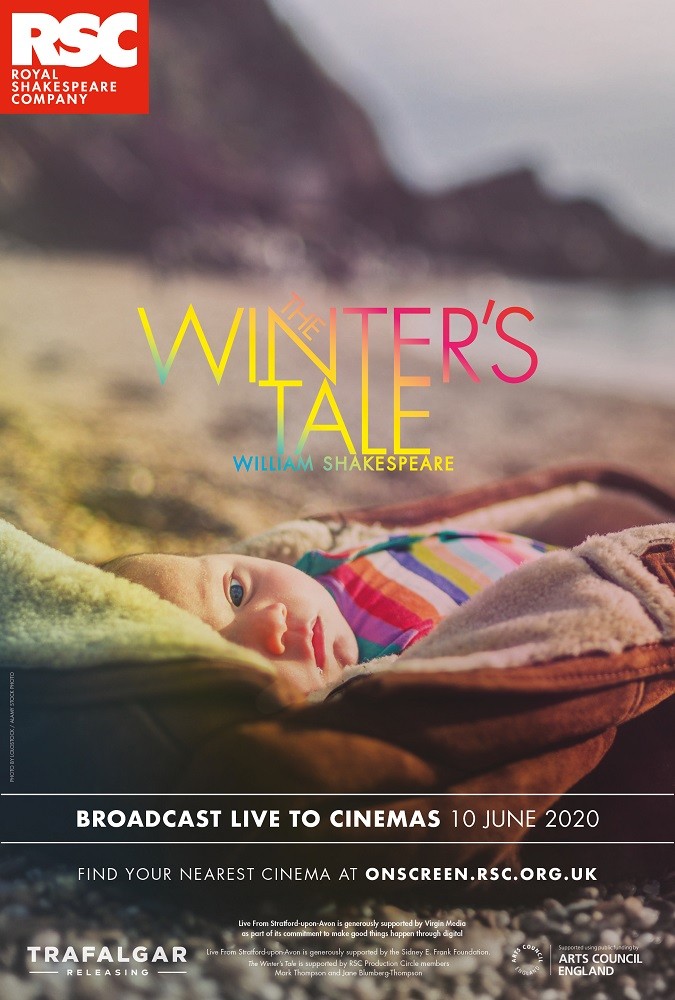 Strauss’s thrilling and audacious adaptation of Greek tragedy receives a new staging by the award-winning director Christof Loy with Nina Stemme in the title role.

Strauss’s thrilling and audacious adaptation of Greek tragedy receives a new staging by the award-winning Christof Loy. This uncompromising opera, about a daughter intent on bloody revenge and a mother driven to madness, has provoked critics to lively debate and both shocked and excited audiences since its 1909 premiere. Antonio Pappano conducts music that combines violence with moments of exquisite tenderness in his first Strauss interpretation for The Royal Opera since 2002. The outstanding cast includes Nina Stemme (Brünnhilde in last Season’s Der Ring des Nibelungen) in the title role, and Karita Mattila in her role debut as the haunted queen Klytämnestra. 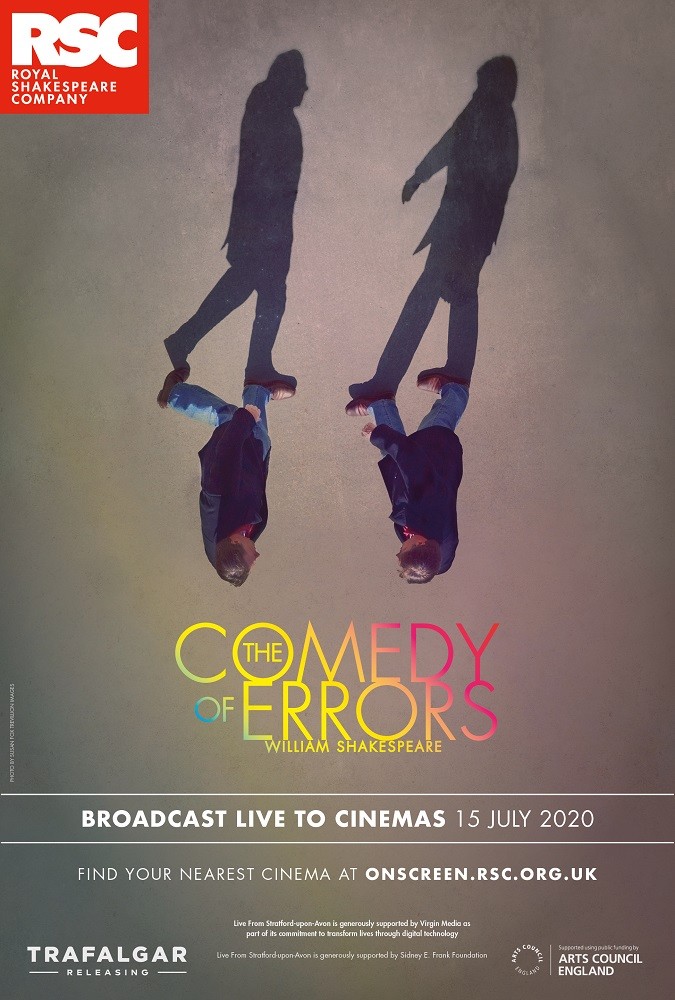 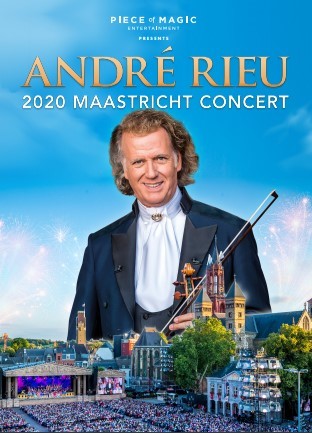 Music has the magical power to heal and to bring people together like no other art form. Following his very successful 70th birthday concert in cinemas, André Rieu invites you and your loved ones to a spectacular evening of music from his hometown Maastricht. Happy Together will be the feel-good music cinema event of the year! You are never alone when you have André in your life. No-one who can pull at your heartstrings, move you to tears and make you laugh quite like the King of Waltz! Revel in the enchanting sound of André Rieu’s violin, along with his incomparable Johann Strauss Orchestra, world-class sopranos and the Platin Tenors. Get ready for a magnificent open-air concert featuring popular classics, show-tunes and of course, waltzes that carry you away.

This unique cinema experience also brings you surprise special guests, backstage access and an exclusive interview with the maestro himself. So be our guest for this musical celebration making new friends in cinemas as you sing along, sway and waltz in the aisles…see you there! 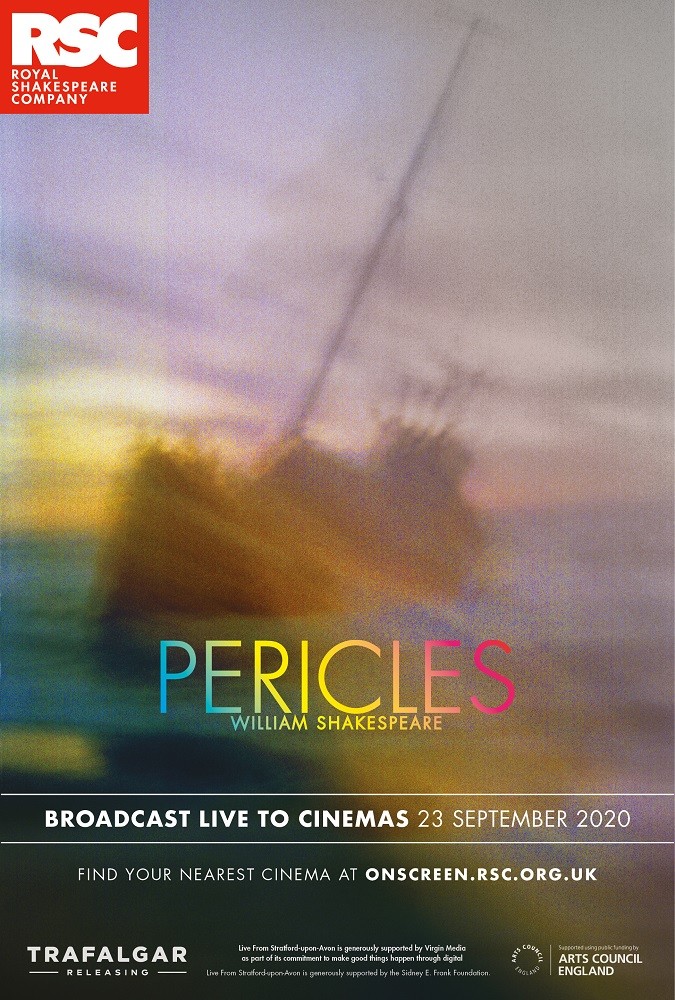